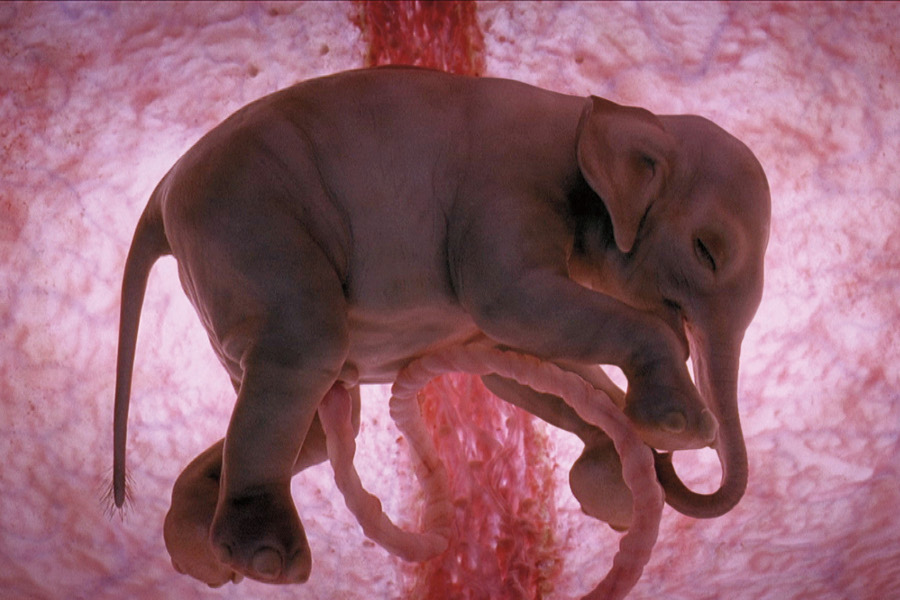 Ethics
But they are just animals, not humans!

“They are just animals, not humans!” In discussions about granting more rights to animals, or using resources to help animals, objections like this one are unfortunately very common.

While such a statement may – despite the lack of argumentative substance – seem intuitively appealing, it should immediately become apparent that it is problematic to argue this way once the appropriate historical context is laid out.

There are considerations that suggest applying caution when we are considering unreflected moral intuitions. We should be careful especially in cases where the non-equal treatment of different groups is concerned. Historically, movements demanding equal rights, for instance for women or ethnic minorities, were rejected with equally “obvious” statements. Instead of “they are just animals”, the tenor was “they are just women”. Nowadays, the situation is fortunately different: Racist or sexist views, which were once completely normal, are now, even though by far not completely overcome, at least massively less prevalent and not socially acceptable anymore. In regard to speciesism however, we are still only at the beginning of the process.

If the arguments in this and the previous article are sound, then speciesism is, as a form of discrimination, ethically analogous to racism and sexism. Admittedly there is a difference worth pointing out, namely that humans, on average, in some regards really do differ from other animals. When sexists argue that women are inferior to men in some relevant ways, they are factually wrong. But even if they were right, one could accuse the sexists of being inconsistent if they don’t apply the same criteria to members of their own sex. A sexist who thinks that women deserve less moral consideration than men because “women are stupid” would in theory have to sanction a society functioning with a caste system based on IQ, where many men would have to suffer too. (“Intelligence-ist” would perhaps be the more proper expression here; the man would only be sexist if he applied his self-chosen criterion inconsistently – here only where women are concerned. The motivation for choosing the criterion of intelligence in the first place is likely sexist, though, as illustrated by its inconsistent application.)

Regardless of which criterion one gives for the unequal treatment of non-human animals: It will at best apply more to humans only on average, never for all humans to the same extent. And one cannot make any inferences from a group average to the moral status of an individual.

To illustrate this point, let’s take a context in which e.g. spatial intelligence is a relevant criterion: An architecture bureau is hiring. Assuming it is true that women are, on average, worse at visualizing objects in 3D, would it then be justified if the head architect discarded all applications written by women without reading? Of course not! The group average becomes irrelevant once we have more specific information about the individual. Likewise: On average, men are taller than women, but that doesn’t imply that there are no women that are taller than most men – we all know counter-examples. If we deem group averages irrelevant in such cases, why don’t we do so as well in matters regarding the treatment of animals? This inconsistency is a typical indication that we could be rationalizing.

At this point, some readers may object that there is still something special about humans – or that it at least “feels like it”. This anthropocentric bias is deeply rooted in Western culture, probably at least partially due to the influence of monotheistic religions, which view humans as the “crown of creation”, standing above animals. Since Darwin at the latest, we know that this view is false. In many ways, we don’t fundamentally differ from other animals. Biologically, humans belong to the great apes. We are for instance more closely related to chimpanzees than they are related to gorillas.

In addition, the whole idea that a “species” is a real entity with sharply defined edges is a Platonic confusion. The world is simply made up of stuff that we label in ways that are convenient. Evolution is the perfect way to illustrate this; here’s a thought experiment in order to illustrate that the term “species” is an arbitrarily defined concept that cannot in itself carry any ethical relevance:

Going back in evolutionary history, generation after generation (e.g. grandchild, mother, grand-mother, great-grandmother…), we will at some point reach the common ancestor of the original person and her common ancestor with any modern animal, say for instance a cow. And from this junction, there is a direct path, forwards in evolutionary time again, to modern cows. We have to imagine this as follows: There was a population of mammal-like beings that likely got geographically separated and started evolving into different directions. Some of these beings ended up founding the lineage of the primates, while the other group ended up developing into cows (and many other species, as there was more speciation along the way). After going forwards in our imagined line-up again, common-ancestor-mother, daughter, granddaughter and so on, after a very long time, we finally reach modern cows. We can now imagine a line-up of relatives ranging from any modern human to any modern cow – and the cool thing is that the intermediates actually must have existed.

This is the same principle that we apply to visualize our relatedness to a cousin: mentally going backwards in generations to one’s grand-parents, and then forwards again (in a different direction than where one came from) to the cousin. With cows, the way travelled is simply (vastly) longer. And when we imagine such a line-up, it becomes clear where the limitations of the concept “species” are. Neighbors in this line-up only ever differ as much as a mother differs from her child, that’s what they are to each other, after all! There is no universally binding list of traits that determines whether beings in that line-up still belong to the species “Homo sapiens”, or whether she belongs to “Homo erectus”, or any other species in the ancestry of humans or cows. Any lines drawn there would be arbitrary, and it would appear crazy to consider them to be directly morally relevant. As long as all the individuals in this line-up would be conscious, capable of experience suffering and happiness, it would appear discriminatory to draw lines solely based on outward characteristics or “species resemblance”.

On a purely pragmatic level, we could of course stipulate some such line, just like we stipulate that teenagers become “adults” exactly on their 18th birthday. However, this doesn’t mean that all 18-year-olds qualitatively differ from all 17-year-olds, or that in each Homo sapiens there is an ”essence” which is lacking in members of other species. For instance, the definition of “species” most common in biology states that two groups of beings belong to different species if they are not capable of producing fertile offspring. It would be absurd to conclude that this is why beings deserve moral consideration.

The fact that all these individuals in the ancestral line-up presented above actually existed, is insofar a fortunate occurrence, as that it makes the argument psychologically more appealing. Interestingly however, it would not have been necessary for the argument to hold: Even if creationists were right and evolution had not happened, the mere imaginability of the thought experiment would be reason enough to call an ethical view into question that grants a privileged positions to humans only in virtue of being humans.

The core principle of anti-speciesism is straightforward and intuitively evident: Does it not make sense to count equal interests equally, or that suffering is suffering no matter the species-membership of the victim? Why should it matter whether a being has two, three or four legs, or whether it has a mouth, a snout or a beak? With what right do we deny the pig her right to bodily integrity? Does she look the “wrong” way, does she have the “wrong” number of legs or the “wrong” DNA? This cannot seriously be our claim.

In light of the huge number of non-human animals on earth and all the horrible conditions that most of them are subjected to, it is hard to imagine another insight that carries more weight and greater relevance than the insight behind anti-speciesism. Those who have internalized this view will start seeing the world with different eyes. The sight will not be pretty, but it will be an essential step towards a compassionate future free of discrimination and unnecessary suffering.