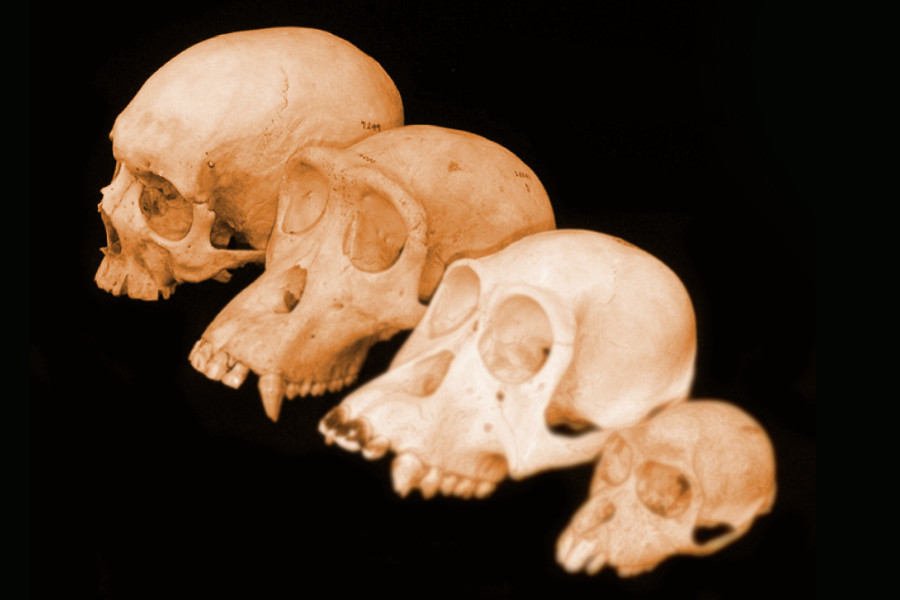 Ethics
Can we justify discrimination based on species-membership?

“A full-grown horse or dog is beyond comparison a more rational, as well as a more conversible animal, than an infant of a day, a week or even a month old. But suppose the case were otherwise, what would it avail? The question is not, Can they reason? nor, Can they talk? but, Can they suffer?” – Jeremy Bentham

In 1789 already, the British philosopher Jeremy Bentham pointed out that criteria like intelligence or the ability to speak are irrelevant for the moral status of humans. Not all members of the human species can calculate or reason about morality; nevertheless, we believe that all humans are equal, or count equally, in some relevant sense. We can sensibly interpret this to mean that each human being deserves the same moral consideration according to needs and interests. Bentham recognized that it would be arbitrary and thus discriminatory to exclude non-human animals from this concern: they too have needs and interests that deserve consideration. Unfortunately, Bentham’s insight remained unnoticed for a long time. Only in the seventies of the last century, when Peter Singer popularized the term “speciesism” and thereby drew the analogy to racism and sexism, did the animal rights movement really gain ground.

Speciesism means discrimination based on species-membership. It is speciesist to grant a being more or less moral consideration solely because of its species-membership. The “solely” in the previous sentence is crucial, and unfortunately, this is misunderstood frequently. Anti-speciesism does not imply that flies, humans, carrots and pigs are to be treated equally – even though all four belong to different biological species. It is not about ignoring differences between species; rather, the point is that the same interests, or interests of the same strength, should be taken into account to the same extent, regardless of the species-membership of the individuals concerned. Not all beings have interests, however, and non-existent interests cannot be cared for.

For instance, it would not be speciesist to refuse freedom of speech to a pig. Because pigs don’t have an interest in freedom of speech, they couldn’t make use of such a right. Even though it is true that no pig has an interest in freedom of speech, the primary reason for this isn’t the species-membership. An exception is at least imaginable: If a pig suddenly started talking and e.g. denounced the farming conditions in the animal industry, it would be unjustified to deny the pig the right to free speech on grounds of species-membership.

There are of course differences between individuals belonging to different species. The crucial question is which differences are relevant and in which cases. A carrot for instance cannot be hurt in the same way a pig can be hurt. Unlike pigs, carrots (most likely) aren’t sentient. Carrots don’t have a “first-person perspective” for which a state of the world can be good or bad. On the other hand, if suffering is inflicted on a pig – e.g. if it is castrated without anesthetics – then there exists in all likelihood a state which the pig evaluates as negative and wants to get out of at all costs.

Speciesism in the Discussion on Animal Rights

Speciesism is present if it can be shown that the differences cited as justification for the unequal treatment of human and non-human animals are in fact irrelevant. This seems to be the case frequently in the public discussion about animal ethics: For instance we can see instantly that people would never accept the commonly cited criteria if they were applied consistently to humans as well. Those who claim that animals don’t count (or count less) because animals aren’t intelligent, cannot talk, or cannot reason about morality, would have to accept that humans who lacked these criteria would count nothing (or less) as well. Fortunately, only very few people would be willing, after having discovered this inconsistency, to accept applying these criteria to humans. Of course: if the subject is about defending one’s dietary choices, then the amount of people claiming to bite the bullet might go up, but under careful consideration, these people might eventually retract such a worrying view again, hopefully.

The idea that the ability for moral reasoning should be ethically relevant probably stems from the intuition that “without duties, there can be no rights”, or that “rights are tied to duties”. This is correct in the trivial sense that “X has a right” means nothing else than “moral agents have a duty towards X”. Rights thus imply duties for others. In no way does it follow that the bearers of rights would also have to be bearers of duties. And indeed: There are many humans who, for various reasons, cannot be bearers of duties, yet still they all are accorded human rights, for good reasons indeed.

In addition to the counterintuitive conclusion that the suffering of human infants or people with late-stage dementia would count less, the position that intelligence is relevant for suffering to matter morally is also completely unintuitive taken by itself. If I introspectively envision my suffering, it doesn’t seem bad to me because I can speak or do calculus. In order to feel the immediate urgency of not wanting to suffer, I don’t have to be capable of thinking about moral duties, which I could have towards others. There is no apparent reason why suffering should only count if the victim is intelligent. What is bad about suffering is suffering itself. (Worth noting in regard to the intelligence-position is also that, according to this ethical view, highly intelligent agents could get away with torturing or enslaving all of humanity. Here proponents of the intelligence-position might claim that we are somehow above the relevant intelligence-threshold. But which non-arbitrary threshold could that be?)

Finally, someone might try to object that ethics is about rules for the functioning of human societies, and that this is “justified” with reference to self-interest. If all of ethics comes down to informed selfishness, one could argue that animals fall outside of our sphere of concern. However, such a conception of ethics would be absurd and useless, because one would never find out anything new. One would only ever justify the status quo of every “functioning” (why this goal in the first place?) society. And there are – this is always the same point – stable human societies where certain groups of humans don’t have rights, and where it is not in the interests of those better off to change that.

As a side note: So far, the article was concerned with (the infliction of) suffering, not with killing. This is intended. The ethical question whether death constitutes an evil, and if yes, to what extent and according to which criteria, is complex and would go beyond the scope of this article. For explaining the main arguments against speciesism, it is enough to focus on something that is undoubtedly ethically relevant: suffering.

Empathy and the Expanding Moral Circle

In order to justify the unequal treatment of non-human animals, people sometimes also bring up empathy. Because humans normally have less empathy for animals than for their conspecifics – so the argument goes – attributing less moral consideration to animals is allowed (i.e. no discrimination). If this argument was sound, however, we’d have no arguments anymore to condemn cases where groups of humans are being discriminated against.

Unfortunately, history teaches us that it is alarmingly easy to turn off the human capacity for empathy if the welfare of the “in-group”, which is opposed to some “out-group”, is at stake. It is simply not the case that all humans equally feel empathy for all other humans. Nevertheless, we (rightly!) consider the idea of equal human rights as just and progressive. Ethics probably needs a general empathic input to get off the ground, but empathy alone is evolutionarily and historically very contingent and, without the aid of rationality and an impartial perspective, untrustworthy for determining what is ethically good, important or right.

The moral circle of the “in-group” has fortunately, in the course of cultural evolution, expanded to encompass all of humanity (even though there still remain problems). In the light of the arguments against speciesism, it seems about time to expand the moral circle further to also include all the sentient beings that have so far been neglected.