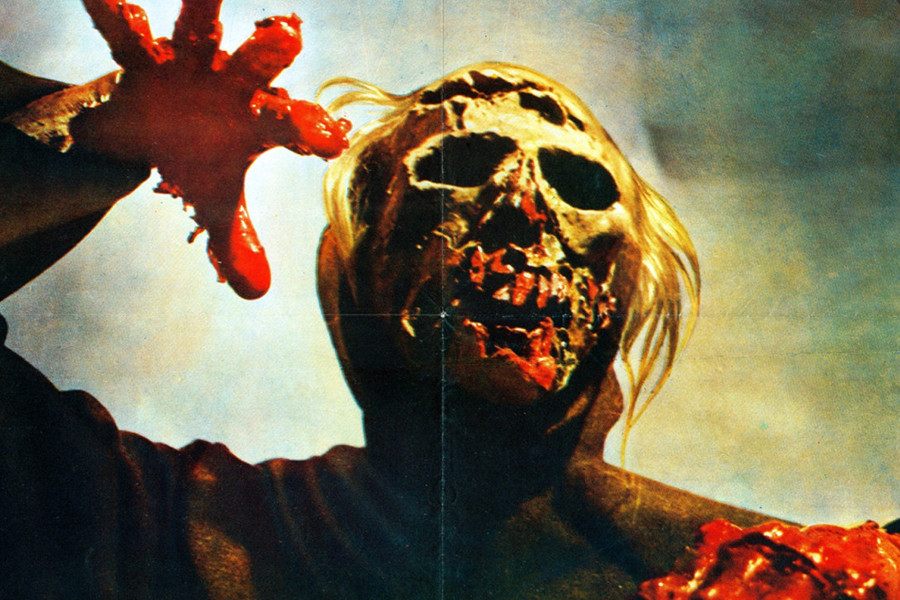 Philosophy
From zombies to modal epistemology

How can we assess whether zombies are possible on impartial grounds? How do we generally know whether statements about how things might be or could have been are true? How do we know that married bachelors are impossible, whereas extraterrestrial bachelors are possible? Knowledge about which things are necessary, contingent, and impossible, is called modal knowledge, and the question how we can acquire modal knowledge belongs in the domain of modal epistemology, a flourishing branch of theoretical philosophy.

Modal epistemology is not just intellectual gymnastics for philosophers interested in zombies and the philosophy of mind. The AI researcher Terry Winograd was made aware of this when he wrote his famous natural language processing program SHRDLU at MIT in 1968–1970. SHRDLU (the name is inspired by the letter sequence “ETAOIN SHRDLU”, the most frequently used letters in the English language) is a program capable of taking natural language input in a limited vocabulary and responding to it in an intelligent way. Its input can either be an inquiry or a command regarding a block world, a simplified simulated world in which SHRDLU is situated. A block world contains basic elements such as blocks and pyramids of various colors.

To get a feeling for the capabilities of SHRDLU, consider the following dialogue between a user and SHDRLU, with Winograd’s comments in brackets:

(The system answers “OK” when it carries out a command.In order to pick up the red block, it had to clear it off by finding a space for the green one and moving the green one away.)

I DON’T UNDERSTAND WHICH PYRAMID YOU MEAN.

(There are three pyramids in the scene, so the program does nothing.)

3. find a block which is taller than the one you are holding and put it into the box.

(The system has to figure out what is meant by “one” and “it”, as well as use deduction to decide which block it is holding.)

BY “IT”, I ASSUME YOU MEAN THE BLOCK WHICH IS TALLER THAN THE ONE I AM HOLDING.

(Printed out to keep us informed.)

4. what does the box contain?

In this bit of dialogue SHRDLU answered an inquiry concerning the content of one box and followed a number of commands to manipulate the box world. In another piece of dialogue SHRDLU is asked a modal question, and what happens is interesting:

(The deductive system finds an actual example, so it knows this is

11. can a pyramid support a pyramid?

(The question makes sense, but there is no example in the scene, so there is no easy way to tell without being able to examine the robot’s programs.” Kobes 1990, p. 435.

This extract contains two modal questions as indicated by the word “can”. Another way to phrase the question would be “is it possible that a block supports a pyramid” which would reveal the modal nature of the question more clearly. SHRDLU answers the first one in the affirmative because there is an actual example of a block supporting a pyramid in the block world. This is an application of a theorem of many modal logics, namely that if P is the case, then P is possible. This points to one plausible principle we may use to evaluate possibility-claims: if something is actually the case, we can infer that it is possible.

The second question points to a trickier part of modal epistemology, and SHRDLU doesn’t handle it well. How can we know whether something is possible, if it isn’t actually the case? How can I know whether a mountain made of solid gold is possible, given that there is no such mountain? SHRDLU displays some modesty and refrains from judgement. (Winograd makes a somewhat cryptic comment about the necessity of SHRDLU being able to analyze its own code to answer the question, but that doesn’t help us much.) How could we modify SHRDLU in order to give it the capability to answer the question? How can we teach modal reasoning to an AI? It turns out that modal epistemology is relevant beyond academic philosophy: to relieve SHRDLU from it’s “modal impairment” (or build a new “modally capable” AI) we need to understand how we can obtain modal knowledge.

Why Modal Knowledge is Important

When trying to explain a phenomenon P we usually come up with various hypotheses which could serve as explanations. We then evaluate these hypotheses, either based on a loose battery of criteria for theory evaluation, among them simplicity, the probability with which they predict the observed phenomena, fit with background knowledge, etc., or according to some more thoroughly regimented evaluation procedure (e.g. some form of Bayesianism).  But in order to demarcate the space of hypotheses we must know which ones are possible– impossible hypotheses are no good, for they are necessarily false. We can illustrate this point with an example. Suppose I’ve observed my neighbour leaving his house in his car in the morning, and the car is blue. In the evening I see him pull into the driveway, but this time, to my surprise, the car is red. One hypothesis to explain my observation is that he got a paint job for his car during the day. Another one is that his car is both red and not-red. The second hypothesis explains the data just as well as the first, for I can deduce the data from both hypotheses. (The elimination rules for conjunction allow me to deduce a conjunct from the conjunction, and so I can deduce that the car is not-red from the statement “the car is red & the car is not-red”). But this doesn’t mean we should take the latter hypothesis seriously. It is clearly an impossible hypothesis and should be excluded from the space of hypotheses since it is necessarily false. This example shows that modal judgements are crucial to determine the space of hypotheses we should consider when explaining some phenomenon.

Modal knowledge is also crucial for a special type of explanations, namely reductive explanations. When we reductively explain some phenomenon we show that the phenomenon just is some other thing(s), or that a certain phenomenon is nothing over and above something else. We can, for example, reductively explain digestion as a certain chemical process which involves a breakdown of large insoluble food molecules into small water-soluble food molecules. Digestion just is that chemical process, it is nothing over and above that process. What does this have to do with modal knowledge?

Suppose I want to explain to someone what a mass marine rush in Star Craft is. I describe the whole procedure of building a bunch of marines and attacking the opponent early in the game with those marines. It might not be obvious, but I have thereby given a successful reductive explanation of a mass marine rush in terms of more basic entities, namely individual marines, and their behavior. What makes my explanation a successful reductive explanation? One necessary (although presumably not sufficient) condition is this: all the marine facts I’ve mentioned necessitate the mass-marine-rush facts. In other words: it is necessary that  “if A then B” is true, where A are all the things I’ve said about individual marines and B is the statement that a mass marine rush takes place. Or even shorter: it is impossible that all the facts about individual marines obtain without there being a mass marine rush. The point of this toy example generalizes. For any reduction of B facts on A facts, the reduction is only successful if the conditional “if A then B” is necessarily true, i.e. if it is impossible that the A facts obtain without the B facts. It turns out that offering a reductive explanation of a phenomenon involves judgements about necessity and impossibility.

The upshot of those two cases is that modal epistemology is crucial for our explanatory practices. First, we need modal knowledge to demarcate the space of possible explanations. Second, whenever we want to reductively explain a phenomenon we need to know whether it is impossible that the reduction base obtains without the phenomenon itself obtaining. Only if this is the case we might have a (correct or incorrect) reductive explanation on our hands.

The cases in the last section give us a first impression of what is at stake when we talk about the possibility of zombies and modal epistemology. Modal epistemology and the zombie argument are not isolated pieces of philosophy, they are intimately connected to basic models of scientific explanation. Whatever position we choose with regard to modal epistemology and the zombie argument, e.g. whether conceivability is a good guide to possibility, it has important ramifications for scientific explanation. This means we should tread carefully and avoid rushed judgments. In the next post of our post series on zombies we will explore the (arguably) most promising suggestion for how we can get our hands on modal knowledge: conceivability.