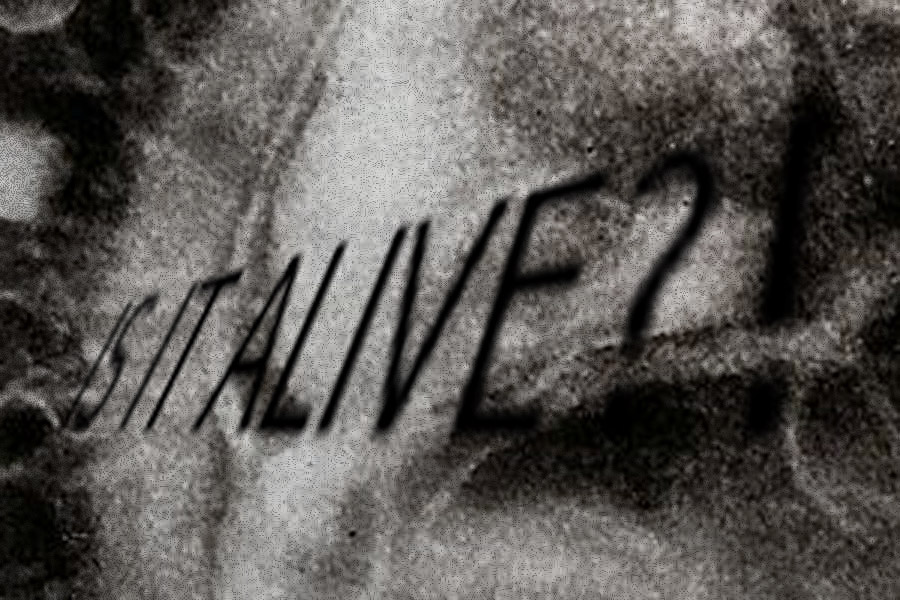 Philosophy
“Life” is what you make it

All life on earth evolved from a common ancestor, from an initial replicator (or replicating system composed of several molecules) that got the evolutionary process in motion. Once you have a self-replicating molecule, it goes on to make copies of itself. Why? Because it just happened to have the molecular properties that would attract the fitting building blocks in the environment and assemble them through chemical bonds in a way that eventually leads to duplication.

Every now and then, “copying errors” would result in new molecule-types being formed. Many of them lacked the property to self-replicate further, because if you make small changes to a complex thing, you are more likely to break it than to improve it. However, sometimes these copying errors increase the stability of a replicator or the rate at which it replicates. When this happens, the new variant will spread more quickly and the change will become prevalent in the next generations of replicators. Evolution is cumulative, which means that newer generations don’t have to start the process from scratch. Rather, they benefit from all the implicit “design-work” that natural selection has done in the past. This principle of gradual changes accumulating over generations is remarkably powerful; it basically underlies all the variety we see in the natural world.

At first, replicators were simple and replication was straightforward. Over time, more intricate ways of self-copying evolved. For instance, instead of just waiting for the right building blocks to bump into you, the first living organisms would evolve ways to move around and increase their chances of encountering nutrients. They would develop protective membranes to increase their stability. And some “predatory” organisms would even start to disassemble other organisms in order to use their resources for themselves.

The boundary between chemistry and biology, or between life and non-life, is fuzzy. As self-replicating molecules become more complex, quicker at copying themselves and better adapted to remain stable in their environment, they start to fulfill more and more of the characteristics that biologists associate with living organisms. But what biologists associate with living organisms is just a convention, a convenient way to classify similar things into a mental category. The categorization happens in our minds, not in the world itself. In the world there is just stuff, particles binding together and moving around in certain ways. Although the question “What is life” may sound intriguing, it is actually a very boring question about definitions.

For the sake of neatness we could arbitrarily stipulate specific criteria for what qualifies as “life”. We could then draw a sharp line between life and non-life, but we would not thereby learn anything new. We would only clarify our vocabulary. In case anyone disagreed with the resulting classification, our disagreement would be merely verbal.

Where did the first replicator come from?

Evolution only applies when there is already replication. The first replicator must have been formed spontaneously by physical processes. This event, which is still somewhat of a mystery for science, is called abiogenesis.

Because DNA is a huge molecule and astronomically unlikely to form by chance, scientists reason that DNA evolved from smaller molecules/molecule-cycles, most likely out of an RNA world. But this only postpones the question. Where did the first RNA-replicator come from? Some scientists hypothesize that clay crystals could have served as templates in the first cycles of replication, but this remains speculation. While RNA is less complex than DNA, a spontaneous formation from simpler building blocks must still have been an extremely improbable event.

Although this initial step must have been extremely unlikely to occur on any given planet, it doesn’t imply that a miracle was needed. We find ourselves in quite a special position when examining the odds of life arising on earth, given that we, as living observers, have evolved here. If no replicator had been formed on the early earth, we would not be here contemplating the matter. This observer-selection effect is also known as the anthropic principle: Observers only ever find themselves on planets where life actually evolved. If there was only one planet in the entire universe with life, only one such planet in all the hundred billion galaxies (each containing tens of billions of stars orbited by planets), then we, as observers, would naturally find ourselves on that very planet. It is no problem, then, that abiogenesis is unlikely to happen on any particular, randomly selected planet. Earth is far from randomly selected, because it can only be observed and “selected” when the lottery is already won.