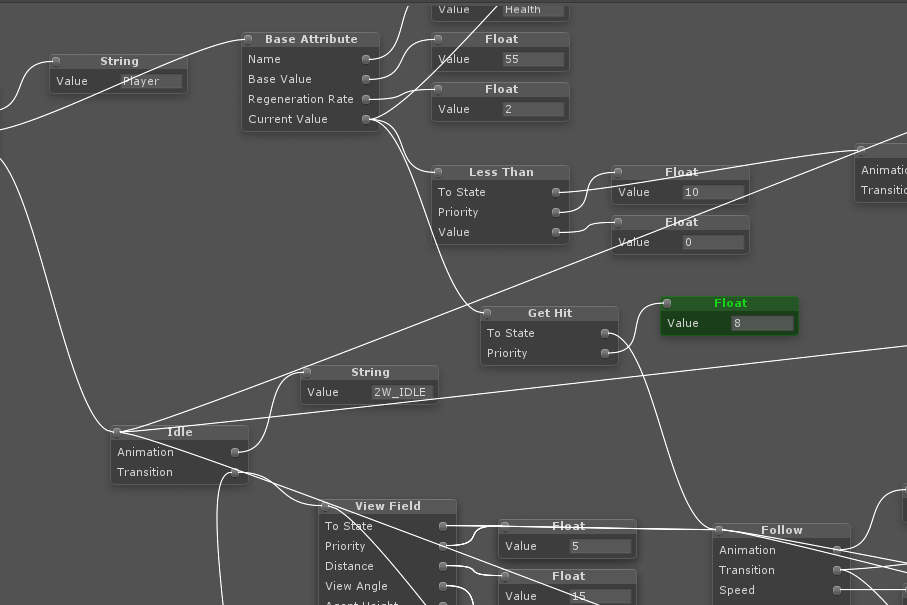 Rationality
How to get better at making decisions

Each day every one of us faces decision problems. Some are as inconsequential as choosing a sweater in a store, others are as intimidating as choosing the right career path. Many of these decision problems are not solved consciously – we simply choose an option intuitively, without thinking much about it.

But we better not rely on this approach when it comes to high-stakes decisions. Imagine we are politicians and have to decide how to act in the face of the climate change problem. How we decide may have massive consequences, both in terms of how much money we invest in solutions and in terms of how we are affected by the outcomes. What method should we use to make up our mind? In a viral video, which was later turned into a book, Greg Craven suggested the following approach. Let’s simplify the situation and stipulate that we have two possible choices: either we act to mitigate climate change, or we don’t. Now, if we knew what consequences each of these choices would have, it would be fairly easy to decide: we simply pick the choice with the outcome we prefer. But things are not so simple. We are confronted with numerous uncertainties when it comes to predicting the outcomes of both actions. These uncertainties concern whether our actions have a substantive effect on climate change mitigation, what the consequences of various levels of climate change are, how much the economy suffers from drastic action against climate change, and much more. Let’s again simplify things by pretending that there are only two epistemic possibilities: either climate change happens if we do nothing or it doesn’t happen – our uncertainty concerns these two options. We can capture all of this in a table:

What outcomes are we talking about? To answer this we have to turn to economics and climate science. But instead of giving a thorough answer we will stick to simplicity and go with the following rough characterizations:

outcome 1: Climate change mitigation works and we can avoid the worst. We had to invest significant resources to mitigate climate change, and there might be undesirable short- and long-term economic effects, but we’ve avoided the worst. (Although it might turn out that the costs are not as high as we thought a couple of years back.)

outcome 3: We have wasted economic resources on mitigation. This leads to undesirable short- and long-term economic effects.

So our choice is between column 1 and column 2: making a choice is a bit like buying a ticket for a lottery, and each ticket has two possible outcomes: winning or losing. Ticket one is the bad-economic-consequences-but-we’ve-avoided-the-worst or bad-economic-consequences ticket. Ticket two is the horrible-catastrophes-of-all-sorts-including-bad-economic-consequences or nothing-happens-all-is-well ticket. Which ticket should we buy? If framed like this the solution seems fairly clear: unless the probability for “CC doesn’t happen either way” is practically 100%, we should buy ticket one. Ticket one contains no outcome from which we can’t recover relatively soon. Ticket two on the other hand contains a scenario which would cause horrendous suffering and which would set us back decades.

This way of characterizing the decision problem is of course little more than a caricature of the actual problem. But it nicely illustrates a decision tool which can be used in more complicated cases too. This tool is a very rudimentary version of a decision theory. Contemporary decision theories capture the same idea and expand it into a mathematical treatment of decision problems. In this post we introduce the basics of decision theory. Similar introductions can be found in (Bermúdez 2009, p. 20ff.), (Resnik 1987, p. 6ff.), and (Peterson 2009); for a useful summary of the last book see (Muehlhauser 2013).

Decision problems of all kinds can be described in terms of three basic concepts: acts, conditions, and outcomes. The acts correspond to the different choices we can make: pie or cake, car or train? The conditions are the states of the world which determine – together with our acts – the outcomes. In the introductory example, the conditions were a world in which climate change happens if we don’t act and a world in which it doesn’t happen. Conditions must be specified in such a way that they are mutually exclusive – at most one of them can obtain. The outcomes are what happens if we choose a certain act and a certain condition obtains. If I order cake and the bakery did not run out of cake, then the outcome is that I get cake. All decision problems can be illustrated with decision tables:

The Basic Concepts of Decision Theory

Once we have captured a decision problem in this form, it is natural to think that making the right choice has something to do with ranking the outcomes – we have to know which outcome we prefer so that we may choose the appropriate action.

What does such a ranking amount to? It involves a preference relation P such that for any pair of outcomes a and b, either aPb or bPa or both, namely if we do not prefer one over the other. This property of P is called completeness. Moreover, P must have the property of transitivity: for any three outcomes a, b, and c, if aPb and bPc, then aPc.

In order for P to have these properties, we can identify it with the property “is preferred or indifferent to”. This is sometimes called weak preference. It is fairly plausible that human psychology contains such a relation and that this relation has the property of completeness and transitivity. It is plausible that for any two outcomes human agents either prefer one over the other, or they desire both equally much. Prima facie it is also plausible that a human agent which prefers pie over bread and bread over escargots prefers pie over escargots. (Although this is not as clear upon reflection, see the section on open questions.)

The transitive complete weak preference relation can be represented by any set of numbers which preserves the ordering. If I prefer cake over bread over escargots I can represent my preferences for these things by assigning the numbers 10, 5, and 0 to the options. In decision theory, the various ways of assigning numbers to outcomes to represent their order are called utility functions and the numbers we assign to each outcome utility. The way we have assigned numbers to outcomes captures only the order of preference between these outcomes, not the strength of an agents desire for the individual outcomes. This can be expressed in mathematical language as follows: each order-preserving transformation (e.g. multiplying each utility by 2) gives rise to an equally acceptable representation of the agent’s preferences. Such utilities are called ordinal utilities; utilities which in addition to the order also capture the degree of desirability of each outcome on its own are called cardinal utilities.

These concepts are already sufficient to decide the simple cases we will discuss in the next section.

Some decision problems are such that we are certain of what will happen if we choose a specific action. We know the mapping between actions and outcomes. These cases can be represented in decision tables with only one column of outcomes:

In these cases the decision is extremely simple once we know the utility function. We simply pick the action that leads to the outcome with the highest utility. This is by definition the outcome we prefer among the possible outcomes.

This process can be described as mapping the set containing all possible actions in a decision problem to a (proper or improper) subset containing only the action(s) which lead(s) to the highest utility.

Things get more complicated in cases where we are not sure which condition obtains and hence which outcome is generated by a certain decision. The climate change case in the introduction was such a case. In these cases we cannot simply pick the outcome(s) with the highest utility – there are several outcomes per choice!

Decision theory is concerned with instrumental rationality: it helps us make decisions in such a way that they maximize expected utility; decisions which maximize expected utility are said to be rational. But sometimes we speak of another type of rationality, namely epistemic rationality. Epistemic rationality is not about making decisions or choosing an action among many actions. It is about forming and revising beliefs in such a way that we maximize the number of true beliefs we have, or perhaps the ratio of true to false beliefs, or something along these lines (various conceptions have been suggested, see e.g. Foley 1983 and Plantinga 1993, chapter 7).

In this post we have introduced bare-bones decision theory and many interesting questions have been ignored. The following list contains a short overview of some of these questions.

Why should we care about expected utility? This question is sometimes also framed in terms of the notion of normative force: where does the normative force of decision theory come from, why should we maximize expected utility? This is the topic of a future post on this blog and there are discussions in (Bermúdez 2009, p. 14 ff., 51 f.) and (Peterson 2009, p. 65 ff.).

Is there a preference relation in (human) psychology? We have introduced the notions of weak and strict preference and defined their formal properties. These properties put some constraints on the extension of these concepts (the things they apply to). Are there really things in the psychology of human or perhaps non-human agents which have the required properties to deserve the label “preference relation”? There are reasons to doubt this: couldn’t some people have cyclic preferences which violate transitivity? Or, perhaps, whether someone prefers cake over bread is determined by whether pie is among his options? Both of these cases would prevent the agent’s preferences from satisfying the constraints we have introduced for weak and strict preference. For further reading see (Resnik 1987, p. 23 ff.) and (Bermúdez 2009, p. 28ff.).

What if we are uncertain about the probabilities? Decisions under risk involve cases where there are more than one possible states of the world or conditions. In these cases the agent assigns probabilities to all the conditions. But what happens if an agent is ignorant about the probabilities? These cases are called decision under uncertainty or decision under ignorance. For an overview of the approaches to this problem with further literature see (Bermúdez 2009, p.24 ff.), (Resnik 1987, chapter 2), and (Peterson 2009, p. 64 ff.).

What are the probabilities and how can we measure them? There are several interpretations of the probabilities assigned to outcomes. The perhaps most promising view is Bayesianism, the view that probabilities represent subjective degrees of belief. We can figure out the probability function of an agent by determining his preferences over uncertain prospects. The details of this procedure are explained in (Peterson 2009, p. 64 ff.)

What to do with tricky cases? It has been argued that there are cases, e.g. Newcomb’s paradox, where traditional decision theory yields the wrong results: it tells us to do things which are irrational (Lewis 1981). Various ways of dealing with these tricky cases have been suggested. An overview can be found in (Peterson 2009, p. 187 ff.)

Resnik, M. D. (1987). Choices: An introduction to decision theory. U of Minnesota Press.